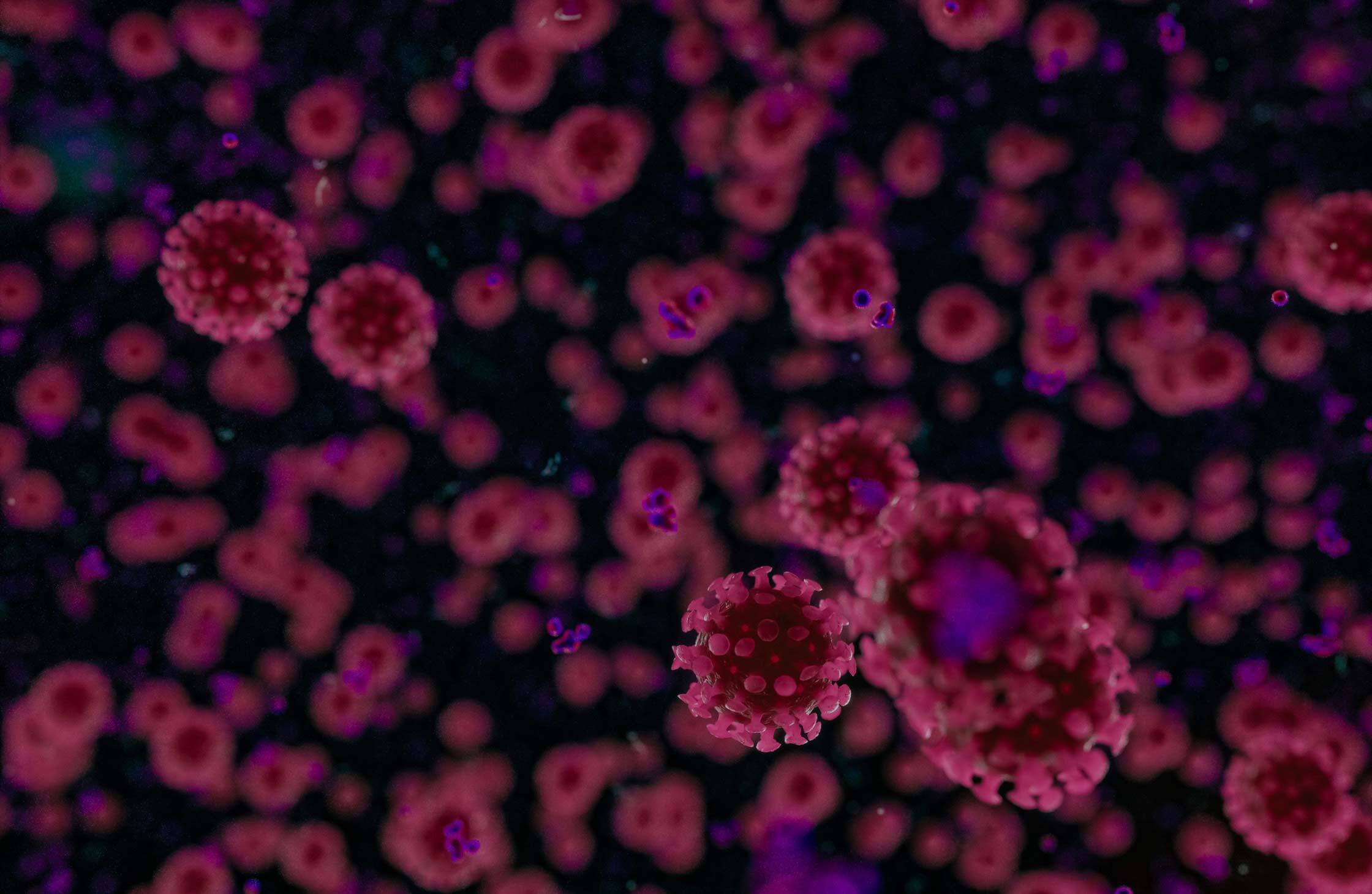 If past crises are any guide, public outcry for accountability, media attention and vigorous enforcement is likely in the wake of the pandemic.

Corruption, fraud and money laundering are ever-present risks during the pandemic as scarcity of resources, disrupted supply chains and human nature expose a large number of organizations and individuals to legal and compliance challenges.
During the COVID-19 pandemic, companies will need to be aware of the long arm of U.S. enforcement, the anti-corruption and anti-money laundering (AML) laws of other countries, and the sanctions/debarment rules of multilateral development banks.
Companies should review their anti-corruption, fraud and anti-money laundering risk exposure along with policies, procedures, and controls, and consider making revisions to address the enhanced risks posed by the pandemic.

The pandemic crisis gripping the world has dramatically expanded demand for medical, food, household and other supplies. Governments, international organizations, NGOs and private companies have unleashed a wave of spending. Sadly, corruption, fraud and money laundering thrive in such environments.

An important issue often lost in the heat of this moment is the exposure of a large number of organizations and individuals to legal risk. In the aftermath of the COVID-19 pandemic, we expect to see widespread enforcement actions by the U.S. government, other national governments and multilateral development banks. Companies will face large penalties, and individuals who willfully participated in unlawful activity or looked the other way may face criminal liability.

Below we describe some of the scenarios that can expose market participants to legal risk, and address several typologies at a high level. Next, we discuss the key anti-corruption and anti-money laundering (AML) rules and compliance challenges for businesses, public companies, financial institutions and contractors on projects funded by national governments and multilateral organizations.

I.  Corrupt Officials, Bad Actors and Opportunists in Times of Chaos
Why does the current COVID-19 environment present new anti-corruption and AML risks, and where?

First, there is scarce supply of a number of products that governments, private companies and individuals seek to buy, at times desperately and with deep pockets. Government officials and private-sector gatekeepers can seek bribes (sometimes substantial ones). Examples include medicine, ventilators, and PPE such as M95 masks, face-guards, gloves and body wear.

Third, rules that govern trade, import/export and transport of goods can be chokepoints and require approvals. These rules can be abused, and officials can seek illicit payments for approvals or prioritization. Examples include Customs officials or import/export control regulators (for medical supplies, medicine, food safety, and national security controls).

Fourth, national government and multilateral organization procurement programs are both (i) sourcing at higher levels than ever and under pressure, and (ii) dispensing aid to businesses, local governments and individuals in huge quantities. There are substantial opportunities for misallocation, false profit margins, graft and other corrupt activity.

The risks of the current environment and typologies described above offer a starting point to understand the relevance of key anti-corruption and AML rules.

Thus, companies and individuals operating during the COVID-19 pandemic will find an environment of crossfire, and not only a need to watch their back for U.S. enforcement risk, but for those originating from other countries, as well.

A. The Long Arm of U.S. Anti-Corruption and AML Law

The U.S. Foreign Corrupt Practices Act of 1977 (FCPA) both prohibits bribery of foreign officials and requires the maintenance of accurate and complete books and records by companies listed on U.S. stock exchanges and certain other “issuers” of securities (Issuers).

-  Anti-Bribery. The anti-bribery provisions of the FCPA (15 U.S.C. § 78dd-1, et. seq.) broadly prohibit (i) giving or promising anything of value to a “foreign official” (ii) with the intent to influence that official (iii) to secure an improper advantage (iv) in order to obtain or retain business. Foreign officials can include officers or employees of a department or agency of a government outside the United States; state-owned or controlled businesses or enterprises; public international organizations or political party officials and political candidates. These provisions are enforced by the U.S. Department of Justice.

-  Accounting Provisions (Books and Records/Internal Accounting Controls). These provisions (15 U.S.C. § 78m) support the anti-bribery provisions by prohibiting Issuers of securities from engaging in incomplete or “off-the-books” accounting. Issuers are required to maintain books, records and accounts that accurately reflect transactions and assets at a reasonable level of detail, and to implement a system of internal accounting controls sufficient to allow company management to control and oversee operations. Although part of the FCPA, failures under the accounting provisions do not need to be related to bribery. These provisions are enforced by the Securities and Exchange Commission (SEC), as well as by the Department of Justice for criminal violations.

The FCPA applies to U.S. persons (citizens, permanent residents), legal entities organized in the United States, Issuers of U.S. securities wherever organized, and non-U.S. persons that engage in any act in furtherance of the corrupt scheme while in U.S. territory or via any instrumentality of U.S. interstate commerce.

The Travel Act (18 U.S.C. § 1952) can apply to bribery in commercial contexts, in addition to the bribing of officials. As the FCPA is limited to bribery of foreign officials, the Travel Act can be used by prosecutors to address this commercial bribery both in the United States and abroad.

The Money Laundering Control Act of 1986 (18 U.S.C. §§ 1956 & 1957) prohibits engaging in specified transactions that conceal, promote, evade or structure in relation to the proceeds of a list of predicate crimes while knowing that the funds/property relate to some unlawful activity. Predicate crimes include the FCPA, Travel Act, wire and mail fraud and certain foreign crimes. These laws can be used to prosecute corrupt activity, fraud and subsequent efforts to transact with, share or hide the proceeds.

In addition, the Bank Secrecy Act as administered by the Treasury Departments Financial Crimes Enforcement Network (FinCEN) and other federal functional regulators provides for regulatory AML compliance and reporting requirements for banks and other financial institutions. These can include AML compliance program requirements, customer due diligence, reporting and recordkeeping among other obligations.

4.  Jurisdiction and How it is Expanded

For the laws discussed above, U.S. persons and entities organized in the United States are be liable for their activities anywhere in the world. In addition, U.S. law asserts jurisdiction over:

-  For FCPA purposes, non-U.S. companies that are Issuers of securities; and

-  The activities of non-U.S. employees, officers and directors of companies subject to U.S. jurisdiction.

5.  Criminal Conduct Can Include Looking the Other Way

These laws can be prosecuted criminally for willful activity and actual knowledge of corrupt, fraudulent and concealing activities. In addition, U.S. courts have allowed prosecution on the basis of “conscious avoidance” or “willful blindness.” Thus, where a U.S. person coordinates with a partner overseas, and there is any reason to suspect or perceive a probability of corrupt activity, failure to ask or hiding from further information can be the basis for a future prosecution in some circumstances.

B.  Anti-Corruption Laws in Other Countries

Anti-corruption and anti-bribery laws have proliferated around the world in the 2000s, as has the will to prosecute. Several countries long accustomed to official corruption have engaged in highly public enforcement actions (examples include Brazil and Malaysia). Two important national frameworks are those in the United Kingdom and China:

-  The UK Bribery Act 2010 is perhaps the best-known statute after the FCPA, and has similar provisions. This law has particular importance given London’s role as a preeminent financial center.

-  China is perhaps the most active market for the sourcing of needed manufactured goods and materials during the pandemic. It is a market that presents substantial corruption risk for non-local companies, but also one where officials have invested heavily in combatting and prosecuting bribery in society. Laws like China’s Anti-Unfair Competition Law are enforced against foreign companies and individuals.

Thus, in a large number of jurisdictions where companies might source products, engage in transactions or conduct trade during the pandemic, there is a risk of local enforcement in the case of corrupt activity. Local officials also can tip off enforcement agencies in the United States and United Kingdom.

These multilateral institutions have the power to apply sanctions and implement debarment penalties. Action by any multilateral development bank can result in cross-debarment from projects across the several multilaterals, with significant loss of opportunity for companies. Debarred companies typically appear on watch lists maintained by private denied-party screening software providers, creating further reputational impacts and challenges in obtaining financial services.

The World Bank and other multilateral development banks have been active in supporting the purchase of various supplies and services during the pandemic, both directly and through support of national government procurement. Thus, this in another key area for awareness and compliance.

III.  Compliance in the Age of COVID-19 – Challenges and Best Practices
At some point in the next 12 to 24 months, the world will return to some level of economic normalcy. Politicians, the media, watchdogs and whistleblowers will begin to shine daylight on the activity that took place during the chaos of the pandemic. If past crises are any guide, public outcry for accountability will ensue. Enforcement officials in the United States and around the world will investigate, follow the money and prosecute.

Companies, individuals, NGOs, governments contractors and financial institutions that recognize the risks inherent in this pandemic environment, conduct careful due diligence and put in place prophylactic compliance measures will have the best chance of avoiding this coming line of fire.

For more information, please reach out to your regular Pillsbury contact or the authors of this client alert.

Congress, Department of Justice Turn Their Attention to Oversight of COVID-19 Stimulus Funds

As confirmation hearings are held for Special Inspector General for Pandemic Recovery, the DOJ announces its first major indictments for violations of the CARES Act.

Expect the SEC to aggressively enforce the securities laws during and after the COVID-19 pandemic, particularly against market participants who act opportunistically.

CFIUS and Critical Technologies: Implications for the Biotechnology and Life Sciences Sector