Episode #27: The State of Play: Brexit and the Financial Services Industry (Victoria Judd)

Victoria Judd joins host Joel Simon to discuss the current status of Brexit and the implications and complications for the financial services industry. 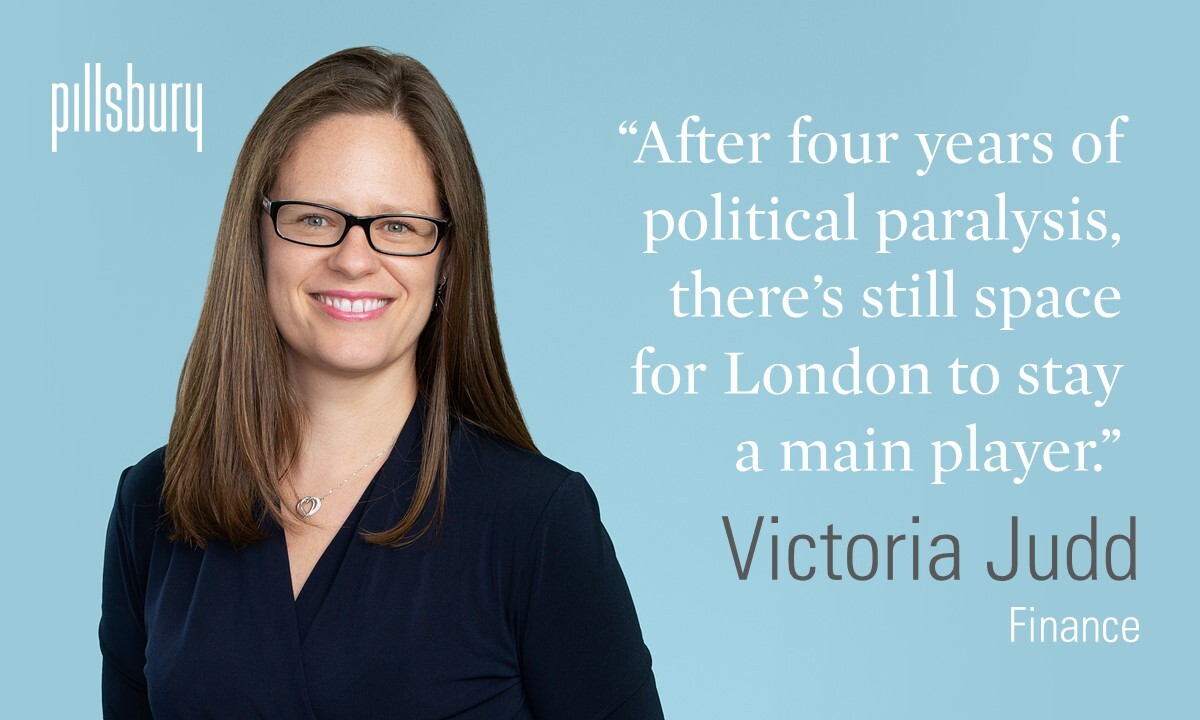 The State of Play: Brexit and the Financial Services Industry

Victoria Judd: Thanks, Joel. It’s great to be here today.

Joel Simon: As you know, Victoria, I was based in Europe for 15 years as a finance lawyer, so the topic we’re about to discuss is near and dear to me: Brexit and some of its effects on the financial services sector. How about you kick things off with a brief summary of the current state of play?

Judd: Sure. Four years ago, we had the Brexit referendum and the UK officially decided to leave the European Union. Four years on, we finally did it on the 31st of December 2020. The question was whether or not there would be a Brexit deal at all. We had a last-minute deal that was agreed on the 24th of December. That still had to get through approval from the 27 member states and the UK parliament, which it finally did on the 30th of December, so it had one day to go. The trade deal that came out of that is the trade and cooperation agreement which is very much like any other trade agreement in that it has a lot of detail about how we will cooperate going forward, but perhaps not all of the detail as to how that will be done. Key takeaways include things like tariff and quota-free trade in goods to continue and then professional service providers such as doctors and lawyers won’t have their credentials automatically recognized on both sides anymore. From a financial services perspective—the deal doesn’t really address financial services. There are also many other permissions that still need negotiation and fine tuning. On financial services, it’s expected that the UK and the EU will agree in memorandum of understanding to establish a framework of cooperation by 31st of March this year. We really still don’t know what that means.

Simon: So ahead of that expected agreement in March on financial services, what would you say is the current position? Is it essentially a no-deal Brexit, and is there any real likelihood that could change?

Judd: That’s exactly it. It’s pretty much a no-deal Brexit for financial services, and that’s an important point when financial services account for 80 percent of the UK’s GDP. Practically speaking, no deal meant that within 10 days of Brexit, $1.6 trillion U.S. dollars in assets had already left the city of London along with 7,500 jobs, which is quite significant. Financial services lost their transporting rights, and really the outstanding question is whether the EU and the UK will agree that there can be equivalence so that you can still have some element of crossing those borders and recognition of the regulations between the EU and the UK to say that those terms are the same. At the moment, the UK has already recognized the EU equivalence on many rules with just a few exceptions, such as onshoring in relation to method. But Brussels has only granted equivalence for two out of 40 areas, so there are lots more equivalence decisions to take place. What’s interesting is that actually at the current time, Australia has better equivalence with the EU than the UK. Is it likely to change? Well, it could change in March with the decision on equivalence, but the EU has decided that that’s a decision it can make on at its own discretion as a policy decision, so it really does remain a point for discussion at this stage.

Simon: It seems odd to me that it’s such a difficult decision given that the systems were aligned immediately prior to Brexit. It would seem that it’s a very easy path to make that work out harmoniously.

Judd: That’s exactly right—from a technical analysis, the two regimes are completely equivalent at this stage. They were equivalent prior to the 31st of December, so on the first of January they were still equivalent. But, really, it’s a political decision based on possible divergence with EU rules. The EU is saying, “We think that you may well diverge, and on that basis we’re going to sit and watch to see whether you will diverge before we give you a granting of equivalence.” In any event, we may spend a lot of time discussing this, but equivalence can be withdrawn with 30 days’ notice from the EU, so they can withhold the sort of secret weapon, if you like, and then once they give it, they can take it away just as easily. But the main reason for dragging out the decision, beyond obviously seeing what the London market might do and how it might evolve, is that they expect that perhaps they’ll be able to get a little bit more of the business and capital markets business in the EU before they actually give more rights there to the UK.

Simon: So that doesn’t seem to bode well for London retaining its position as the number one or two dominant financial market in the world. How have banks been reacting to this?

Judd: The reality is that banks have had about four years’ warning. They’ve been preparing, and many banks have already moved some of their business to mainland Europe. In fact, what we’ve been seeing is that even though not all banks are doing the exact same thing, some centers are proving to be hot spots for certain areas. For instance, investment banks are moving to Frankfurt, fund and asset management firms seem to be moving to Luxembourg and Dublin, traders and brokers and new exchanges are going to Amsterdam, and then you’ve got Paris which seems to be a mix of everything because I think the employees and the bankers are actually happy to move there so generally accept that more easily. If you look in terms of number of employees, companies like Bank of America and Goldman Sachs have already moved between 400 – 500 employees … similar for companies like JP Morgan and Morgan Stanley. Other banks have moved slightly fewer employees—maybe 250 for Credit Swiss or 175 for Barkley’s. It’s not all changing at this stage, but certainly, the moves the banks have made have indicated the strengths and weaknesses of the cities and that banks are still very much hedging their bets. I think what it indicates is that the competition might well be American and Asian.

Simon: I was just going to ask about that. It sounds like there’s definitely some gain in Europe, but surely there could be other markets, as well.

Judd: Yes. New York seems to be the top spot. Certainly things like trade processing and reporting, depositories and consortiums have stopped offering services in both the UK and the EU due to the complexity of doing so because they don’t want to be divided between two jurisdictions and so New York would be winning out. Similarly, on derivatives, in certain credit default swaps and interest rate swaps, then it’s expected that approximately 70 percent of trading could be moved to the U.S. That’s because you could do it on your local exchange or you could trade with the other party in Singapore and New York, so that seems to be the winner. For instance, the U.S. now has 23 percent market share in interest rate swap trading, which has increased from 11 percent in December. That’s really doing quite well. There are other areas where it looks like the U.S. could gain. IPOs, for instance, have not been so easy to attract for the London market in recent times. GrubHub’s one example which it needed a U.S. listing after it bought JustEat, so it got New York and then it ended up with a European one choosing to delist in London.

I guess the final area is probably choice of law. The conventions haven’t been signed despite intentions to do so, which means there’s a question of whether the commercial court and the chancery division in London become less attractive. One thought is that perhaps arbitration will become more attractive. The alternative expectation is that actually people will still recognize judgements wherever they’re made because people won’t want to say, “Well, no, if we don’t recognize your judgement you won’t recognize ours.”

Simon: Right. That’s really interesting Victoria. I have one more question for you. Are you bull-ish or bear-ish on London going forward?

Judd: Maybe the accent is a dead giveaway, but I am definitely bull-ish on London. I think the choice of law is still very attractive. London comfortably needs foreign exchange trading, it is attracting more fintechs, and it is trying to do things well. It’s bringing back Swiss shares to trade in London, so it’s finding alternatives and it was certainly very involved in EU regulations before, so I suspect that there won’t be so much divergence in the near future. If the EU wanted to, it could still find some equivalence. I guess the conclusion is that after four years of political paralysis, London hasn’t really lost out, so there’s still some space for London to stay a main player. But I think that doesn’t take away from the fact that New York and the Asian markets may well be the winners where London and the EU have suffered slight setbacks as a result of this Brexit financial services decisions.

Simon: I hope you’re right about London. I have a lot of fond memories from my time there, and I wish all the best outcomes to the nation and the people. Thanks for this discussion on Brexit and some of its implications and complications for the financial services industry. It’s been great having you on the podcast Victoria.

Judd: Thank you Joel. It’s been my pleasure to join you today.